Fall in New England is the most spectacular time of year. Brilliant colors are everywhere from the season’s harvest of pumpkins, winter squashes, and gourds. 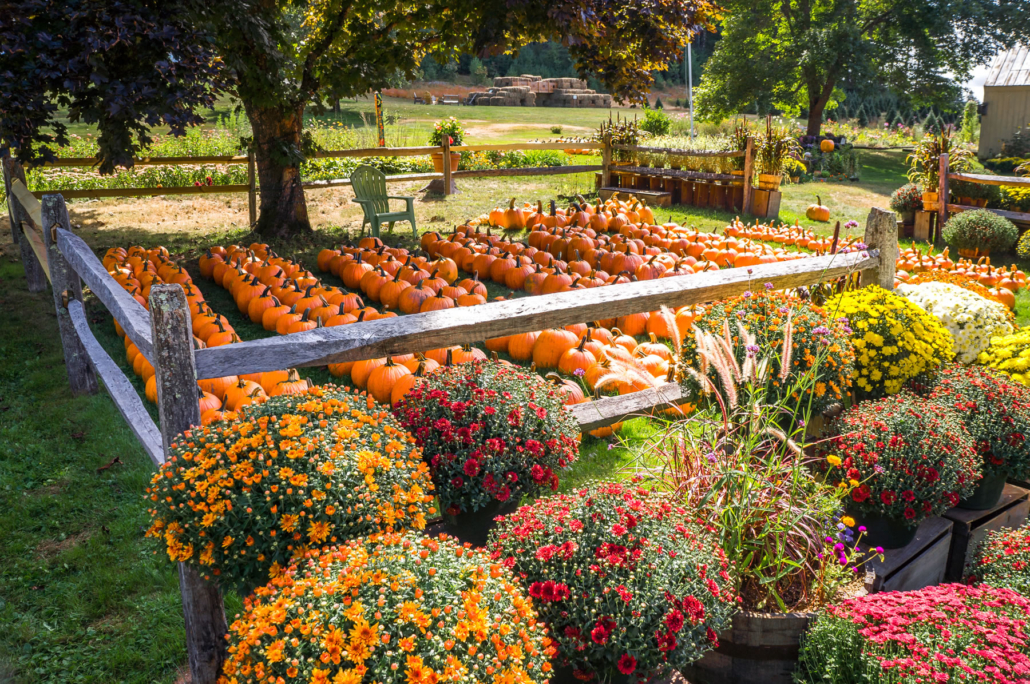 The farm is a destination for fall decorations.

Photo opportunites are everywhere in this quintessential New England setting. 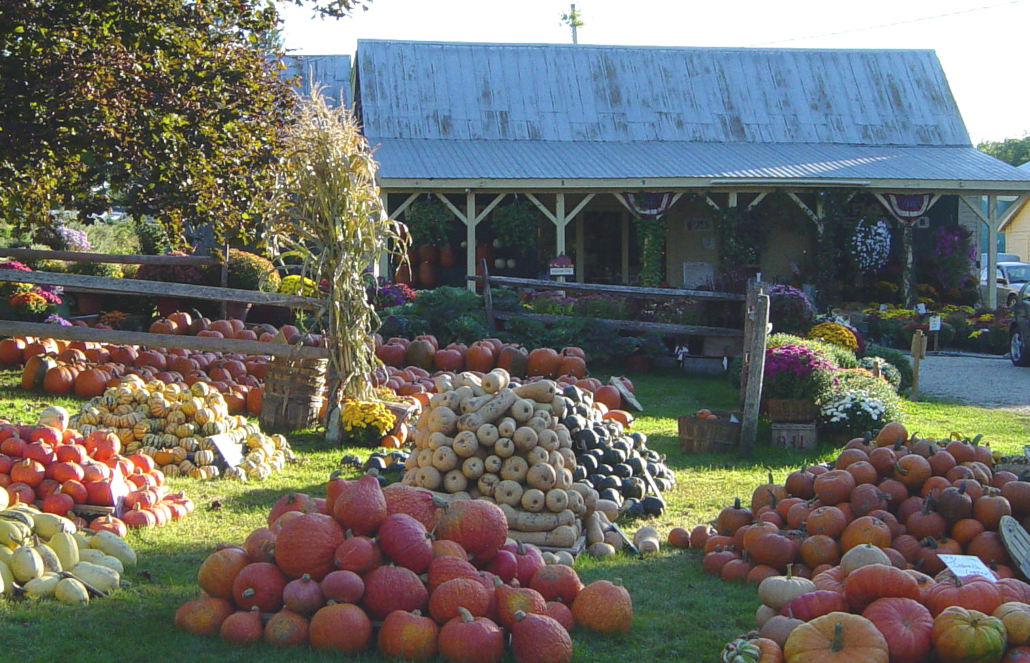 In 1994 a small archway of hay was built near a display of pumpkins. It was just big enough for kids to fit through it. Within a week a path had been worn down from so many little feet passing through.

Almost 30 years later the “Hay Fort” has grown to over 400 bales and has become a fall tradition for kids of all ages from around the region. 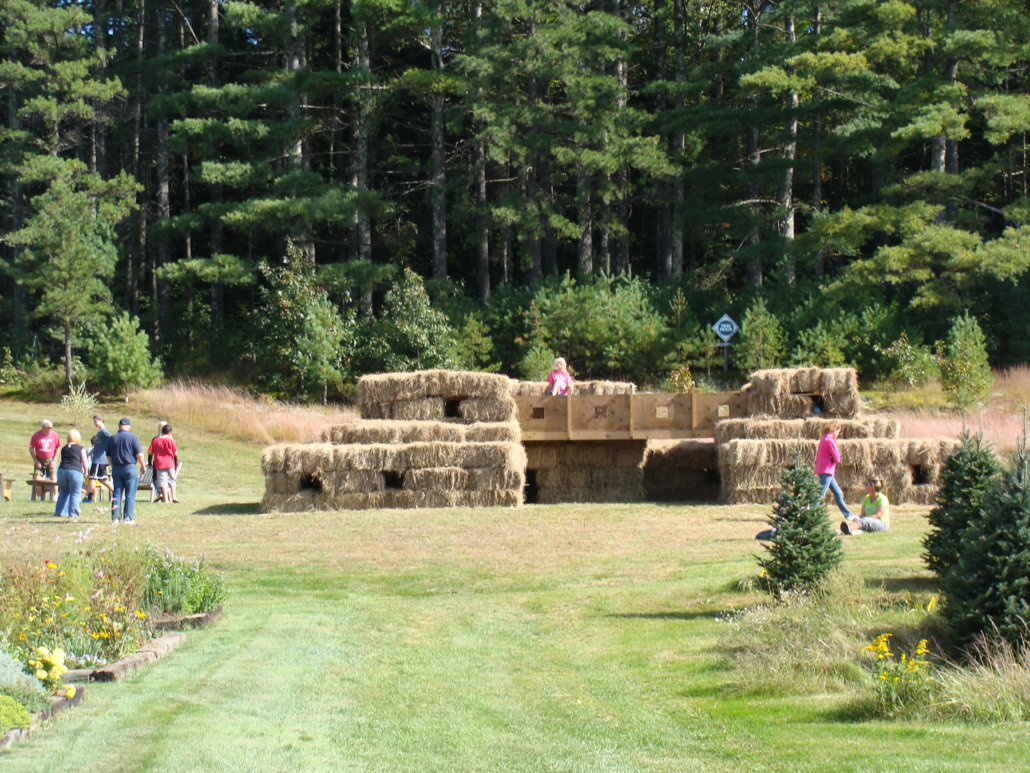 Open and free of charge from mid September to Halloween (except during rain).

A unique design every year with tunnels and bridges, ladders and slides. Parents can sit on the hillside and look over the farm and mountains of New Hampshire